"Give thanks to the Lord, call on his name; make known among the nations what he has done."


Things have been so hard with Little Guy.  After an explosion, by me, 2 weeks ago, I had decided that I was finished.  I wanted to disrupt our adoption.  I needed it to end, for both of our sakes.

Little Guy had been trampling on every trigger he could find in me all week.  Whether or not it was purposeful didn't matter.  It was happening.  Simultaneously, I realized, through an unrelated event, how past abuse truly was stored in my body.  And powerfully so.

They say that trauma is stored cellularly in the body.  At first I thought that was a whole bunch of "weird".  But after living this for the last year, I believe it.  Case in point.  I tell my children of the time I left water in the sink overnight and the next day, when I emptied the water, I pulled something out of the water.  Wait.  I pulled a MOUSE out of the water.  UGH!!  Look at me, right now, rubbing my hand on my jeans trying to get the mouse off.  Right there --> stored cellularly.  Now, that's not exactly trauma, but if you can relate to that, then you'll understand why maybe it isn't so weird.

The realization of the stored abuse, so easily triggered, provided a realization and feeling of hopelessness.  It was no wonder I was struggling so much with his behaviors.  The feeling and sting of rejection from Little Guy, his "parent shopping" and disconnect further sunk the boat I was on.  The "one more" act of defiance made it flip.  I needed out.

The next week got harder in different ways.  Husband seemed to agree and then started disagreeing with the disruption course.  I completely disconnected from Little Guy.  I bitterly and angrily told God and others that I did not want to do this.

Things, however, kept pointing toward him staying.  My feelings did not.  I kept saying to God and Husband that I could not do that life again.  I didn't want to do the life of abuse and entrapment again.  I started being really honest with people around me about how things were going and how I was dealing with it - because hiding it was getting me no where.

During that time, and many times before, I asked God, "How are You strength in my weakness?  Why don't I feel that?  I know that isn't happening here!  I have never felt that, despite all my prayers and my hopes that I am Your child and your promises apply to me, too.  How could You want me to live defenseless again?  To feel so weak again?"

Another week came and left.  The disconnect and defensiveness I was feeling toward Husband grew, simply because he was letting Little Guy stay.  I was longing for a protector and defender and he was defending and wanting Little Guy.  I started deciding how to give up.  How does someone leave half their family?

While browsing through a bookstore over the weekend, I found 2 books that discussed the repercussions of abuse.  I've read and known some of the things they relayed, but these books were worded differently.  Or perhaps this time, my heart was open to hearing the particular words I did - the words of how abuse makes a survivor crave a defender, protector, someone to be affirming of what she is admitting and believe her.  How her voice and means to protect herself with it were gone long before the abuse started and how she needs her voice to be heard and believed now as a result.  How touch could feel so assaulting.  And how triggers could occur and bring up those same feelings as the abuse did, even if the abuse happened long ago.

And how the only way out was to speak truth.  But, if the truth was not believed or validated upon sharing, how much more it would hurt.

So much of that translated over to what was happening with Little Guy.  I needed Husband to understand why I was afraid of exploding.  I needed him to believe what Little Guy was doing when Husband wasn't looking.  Why it was now impossible to keep bringing him in when so much of me works so hard to defend myself.

As a side note, God has done much healing in my life since the time of the hurt.  Just a month or so ago, I was thinking of the phrase I have often wondered to myself - "Why didn't anyone see?  I wanted someone to see me."  I was just thinking of it - not in desperation.  And, the voice of truth was heard in my head, "I saw you."  And I knew it was true.  That, alone, has created healing I have not expected.  And that has happened many times over the years.


On the way home from the bookstore, I started talking to Husband about what I had read and of the feelings that were going on inside me.  What happened to me so many years ago could have been so much worse!  I felt/feel ashamed of having this hard of a time over it - that it is showing up so powerfully right now.  I feel selfish and like a wuss who needs all kinds of attention.

Instead of his defensiveness growing, Husband reached over and held my hand and listened.  I told him I realized a lot of my feelings and desires sounded contradictory.  I wanted to have Little Guy stay for their sakes and encourage their connection, while also wanting Husband to hate him for hurting me and protect me from that.  I wanted to grow and muscle through, while knowing that the strength to do so was really all gone.  I felt crazy ashamed to not be able to do this anyore, but I knew I couldn't.

Through the course of the evening Husband was more open about his frustrations with Little Guy's behavior, his feelings about me, the other kids and life in general.  There was more gentleness in his communication and every time there was an interaction with Little Guy that was negative, he was alongside watching and sharing his thoughts, doubts and questions with me.  What a huge difference that made!  I felt safe to admit my weaknesses and try and even fail in front of him.  It felt like we were running the race together.

That night, as it was nearing bedtime, I started to forewarn Little Guy that he was going to need to start getting ready for bed soon.  It didn't take long for the rage to start.  I followed our counselor's advice, remained calm, held him at bay so he couldn't hurt me, etc., but he continued to escalate.  I finally had put him in his room because he wouldn't calm down and I couldn't block his hits enough.  When I left his room to take my deep breaths, he started throwing something heavy at the door.  I went back in, you know, because that's not okay.  He ran at me and again I held him by the shoulders and tried to calm him down.  At one point, something changed in his cry that sounded like fear and something happened in me in that instant.  I held him by the shoulders and yelled, so he could hear me above his screams, "Mommy loves you and I am not going to let you act this way because you are only going to push people away."  And I meant it.  I actually felt love for him!  When he heard those words, it looked like relief in his eyes.  I continued to look at him and said, "I will stay if you will take a deep breath."  Twice.  And he did.  Then he took another one - and stopped raging.  I told him to fix my sweater (during his rage he had pulled on it and stretched it completely out of shape) and he "fixed it" by rearranging it.  And I pulled him in to hug him, putting his arms behind my back.  He responded and put his head on my shoulder and relaxed.  Relaxed!  I sat on the floor, pulled him on to my lap and held him for several minutes until he sat up.  I looked at him and said, "It is time to get ready for bed.  Are you going to stay here while I get your pajamas?"  He nodded and laid down on the floor and waited - waited - calmly while I went to get them.

I was shaking on the inside.  What had happened in those moments had never happened before.

I characteristically wrestle with a lot of self defeat.  I sat in the counselor's office the day before and told her how I could not do this.  I had way too many issues.  But, as I sat against the wall in his room that night, a voice of truth, light and hope spoke to me.

I am not cut out to deal with rage and anger.  But I AM cut out to hear and respond to fear in desperation.  My past hurts had allowed for that fire to be lit in me and it brought a determination and courage I had never felt before.  It was strength in my weakness.  His beauty in the ashes of sin.

I don't know if that will ever happen again, but I have drawn so much strength from that experience.  For the moment, Little Guy continues to be calm, heeding my voice and receiving affection.  I will take it, give thanks and hopefully make Him known. 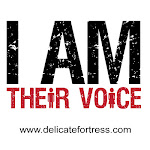